This review will contain spoilers so major SPOILER ALERT

We finally get the Black Widow movie which was way overdue already thanks to COVID-19 and the global lockdown. Disney finally relents and releases the movie as part of their first Phase 4 slew of films. In this film, Scarlett Johansson’s Black Widow aka Natasha Romanov goes on a global adventure for closure, forgiveness and family. We also get more backstory to one of the MCU Avengers’ most mysterious founding member.

For this Black Widow review, I’d like to say that it wasn’t bad but it could have been better. I found the Cate Shortland film lacking in terms of meat. Its like a really great smelling and well-prepared chicken that’s so thin that you only get bits. Its good but not fully satisfying.

I like the mix of different personalities that comprise Natasha’s first family. That one bit in the dinner table encapsulated everything, the two widows were the kids, David Harbour‘s Alexei Shostakov aka Red Guardian was the muscle while Rachel Weisz’ Melina Vostokoff was the brains. But in Nat and Yelena’s little sham family, they were simply mom and dad. If I had to rank these four, I’d put it this way:

For me, I really thought they purposefully made ScarJo’s Natasha take a backseat for other characters to shine and develop throughout this film especially Pugh’s Yelena. Harbour’s Red Guardian is also another character to look out for. His humor was excellent and, I can’t believe I’m saying this but, definitely want to see him down the road (but finish Stranger Things season 4 first).

As always with Marvel and Marvel Studios, the action scenes are top-notch. Of course you also have to set expectations here as seeing this as as a James Bond inspired spy flick, we don’t see stuff like Thanos throwing a moon or aliens or monsters. Just good old fashioned goons and henchmen and a ton of ladies who also share the same alias of Black Widow.

Also impressed with Taskmaster (although that was the biggest letdown too) sadly, everything we need to see from this surprise villain has already been shown via the multitude of trailers and clips released before the film’s release.

As I write this, I still can’t believe how Marvel Studios murdered the fan-favorite Taskmaster in “Black Widow”. Gone is the classic Tony Masters and instead, we get the “Drakov’s daughter” named Antonia who is now the person under the hood. While its a stretch, this reveal felt like Wandavision’s Ralph Bohner all over again. 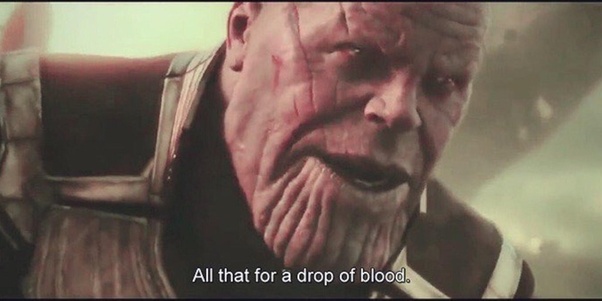 The character was never developed properly (but they did leave a window for that for future stuff I guess) and really looked like she was used as a mere plot device. So its a big mark for me when it comes to Taskmaster even if they did have Olga Kurylenko playing the role.

“Black Widow” was a good filler movie. Its something we need back then but certainly not now (thanks for the block Ike Perlmutter), gives us new and interesting characters namely Yelena Belova and paints A picture of the time between Captain America: Civil War and Avengers: Infinity War. Good (but not great) set pieces and a promising future is what it brought us so I can’t fault Marvel Studios for this. Also its a good popcorn flick at the very least.